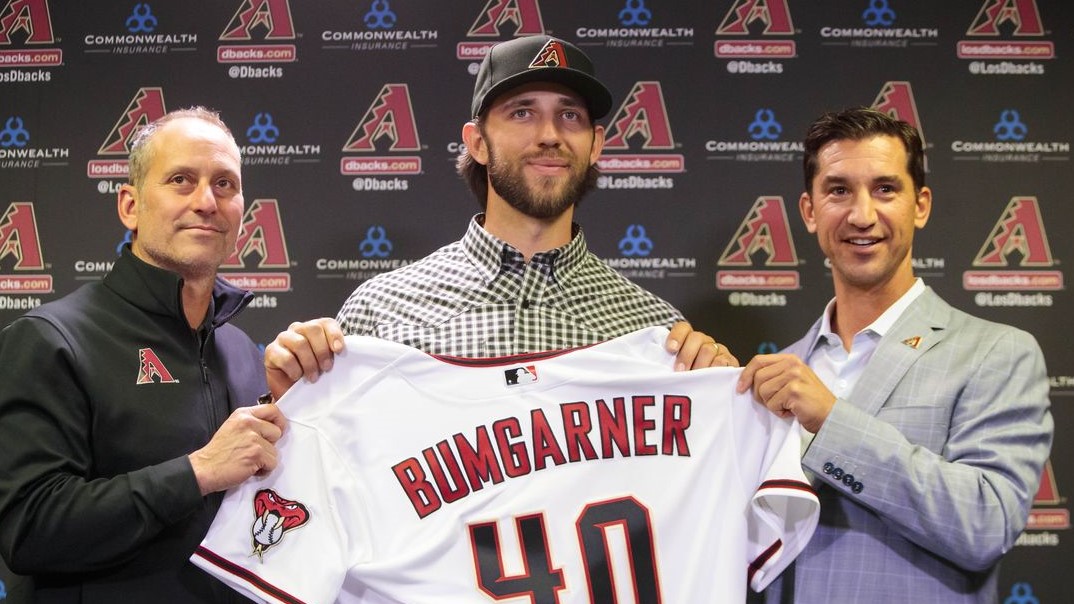 As the MLB offseason trade season and cold winter sports are drawing closer to their finales, we instinctively recognize the changing seasons and what they mean.

MLB’s Spring Training is heading for the warmer parts of our great country, namely Arizona and Florida.

The first games of the 2020 Spring Training will take place on February 21st, where the Tigers, Twins and Red Sox will take on various college teams.

The spring training season, among other things, will give players a great opportunity to get acclimated to their new teams.

Bettors on the other hand will have a different mission, as they will try to take a look inside their team’s chances in the upcoming season with their newest acquisitions.

With the winter trades coming to a close most teams look set for the new season.

These are the teams that made enough offseason moves to become contenders in the 2020 Major League Baseball season, and the ones you are going to want on your bet slip come Opening Day.

The Chicago south-side team has really yet to match the perfect season like they had in 2005, where they swept the Houston Astros to win the World Series.

The team finished in third place in the 2019 season with a less than impressive 72-89 record. However, the team has a multitude of young players like pitcher Michael Kopech.

The 2019 division-champs the Twins will again prove to be tough competition but taking into account the mediocre offseason of the remaining three AL Central teams and the White Sox look like a sure contender for a playoff spot this upcoming season.

After missing out on the 2019 MLB Playoffs finishing second in the NL West at 85-77, the Diamondbacks made it clear they are hoping for more in this upcoming season.

Marte is one of the most consistent players in the MLB, with a career line of .287/.341/.5452. He has also stolen more than 25 bases in six of his last seven seasons, reaching 21 in a season cut short by injuries.

With the San Francisco Giants entering a rebuilding phrase, the team’s biggest competition will likely come from the 2019 division champs the Los Angeles Dodgers.

Look for the Diamondbacks to even the playing field this season, as the Dodgers have yet to make major signings, while at the same time losing some key players.

Probably the most surprising name on here, as the Reds finished fourth in the 2019 NL Central standings.

However, the division is quite deep, and its 75-87 record simply left them on the edge, signifying a need to either add good starters quickly or enter a rebuilding phase.

The Reds are clearly not interested in waiting around and want to get more involved in the NL Central party right away.

Among the moves they made in the offseason include the signing of fan-favorite infielder Mike Moustakas, as well as outfielder Shogo Akiyama and veteran Nick Castellanos.

Cincinnati did not forget about the bullpen, as they also completed the additions of pitchers Pedro Strop and Wade Miley to the rotation.

None of the other teams in the division did much to bolster their teams, so expect the Cincinnati Reds to make a huge turnaround this season and compete for a playoff spot.

A ranking of the strongest teams coming into the 2020 MLB season and biggest contenders for the World Series.

(The Nationals will automatically be considered a top contender, being the reigning World Series champions, and will rank No.1 of respect for the champs)

Known throughout baseball for two things: winning World Series and having the deepest pockets in the MLB.

The team capitalized on the latter by signing star ace Gerrit Cole to a nine-year deal worth $324 million from the Astros. MLB network ranks Cole as the third-best starting pitcher in baseball, which will clearly help last season’s AL East champs to continue contending in a deep division.

The Yankees will have a difficult schedule, and will have to fend off both the Tampa Bay Devil Rays and the Toronto Blue Jays, however that tough competition will payoff in the postseason.

Always a contender, but a necessary add after star right fielder Mookie Betts was traded to the team from the Boston Red Sox.

The deal was a three-team trade which involved the Minnesota Twins as well. Los Angeles not only acquires Betts, but will also get pitcher David Price, who won the Cy Young Award in 2012.

The team will likely look to repeat as the NL West division champs again this year, as the team finished 21 games ahead of the second-place Diamondbacks with a 106-56 record.

However, the team goes deeper than that and will be one of the favorites to win this year’s World Series after being two games away from last year’s trophy, losing to the Washington Nations 3-2.

A team including Betts, Clayton Kershaw and Cody Bellinger is enough to make any MLB team start feeling a little ill.

The Braves won the NL East division the past two seasons and it is not surprising to see them looking for a third consecutive postseason appearance. After a stellar offseason that saw the team add outfielder Marcell Ozuna from free agency.

However, the major changes come in the team’s bullpen, as the braves welcomed the addition of two major names. Both Cole Hamels and Felix Hernandez will be joining the team’s rotation in addition to closer Will Smith.

This does not make for an easy division but look for Atlanta to make it three postseason berths in a row whether it be through the division or a wild card berth.

Undoubtedly the worst 2019 offseason in the MLB with the sign-stealing scandals that rocked the MLB and had talks of having the team’s 2017 World Series trophy stripped.

With all of that having been said, the team still retained the main core of the team that took them to multiple World Series in the past few seasons. They also hired manager Dusty Baker to a one-year deal.

The division they play in is still weak and the team retains a strong lineup with Yuli Gurriel, Jose Altuve and Alex Bregman all remaining, among others.

The pitching staff is still strong but aging as both Justin Verlander and Zach Greinke are over 35.

If the team has one last deep playoff run in them, it looks likely that it will be this one.

The Rays made the playoffs last season and will look to compete in them again after a great offseason. The team acquired Jose Martinez and Hunter Renfroe as it looks to improve its power hitting. As well as Japanese player Yoshitomo Tsutsugo

The team’s pitching was great in 2019 with a combined 3.65 ERA which will remain intact. The division is deep, but do not count out this small-budget team out of another postseason. If they do get in, expect the team to make a deep push.