All records
Things to know before betting

The Drake Curse: Is it possible to Beat? Let’s Check with Real-World Examples

It has been no secret that the most superstitious people in the world are athletes. Some do not shave their beard during the playoffs (hockey) or to tie their shoes using a certain method (basketball). To believe in these superstitions is rather a personal matter, but professional athletes definitely take them seriously.

Recently, there is another sign gaining popularity, although in a negative way which involves the Canadian rapper Drake. Rumor has it that whatever team he publicly supports will lose, and this has become so noticeable that it has achieved meme status. Drake’s presence next to you is a sure sign of defeat in the near future. So, let’s analyze this trend and how we can deal with it.

It is difficult to say where this madness first began, but we believe the starting point to be in 2013. At this time, Drake has taken a photo with NBA star LeBron James before the season’s playoffs, when he played for the Miami Heat.

In that same season, the Heat made the finals but ended up losing to the San Antonio Spurs. After losing the final, LeBron left Miami and proceeded to lose three of the four finals he played. The Heat have yet to reach the finals again and are prone to taking early holidays during the playoffs.

Drake does not hide his fanaticism for sports and rarely misses an opportunity to attend significant sporting events. In 2015, the Canadian rapper was in a relationship with Serena Williams. Williams was looking to win the Grand Slam, with only the US Open left. She had no problems in the tournament, but then came the final with Roberta Vinci.

The first set Williams won 6-2 and nothing looked out of the ordinary. However, the next two sets were lost, and everyone immediately began looking for the guilty party. Yes, it was Drake who was blamed for the defeat. 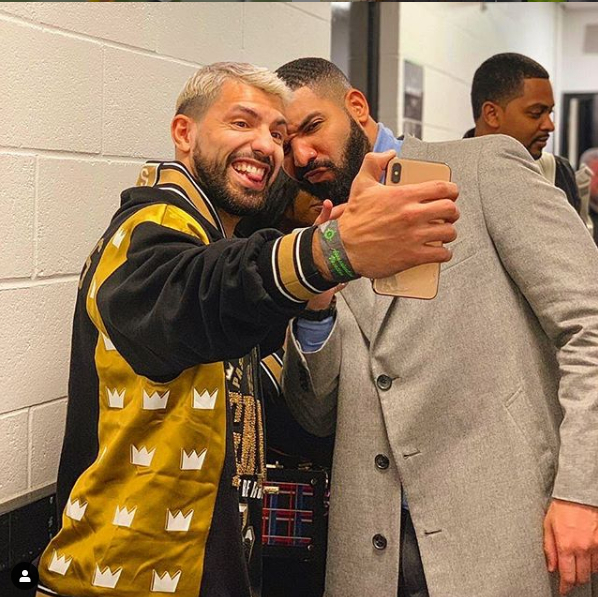 We move on from the beginning to today. In 2019, Drake’s victims were most often soccer players. In the beginning of March, it was time for the Champions League quarterfinals between Manchester City and Tottenham. Before the first leg, Drake took a photo with City striker Sergio Aguero.

After which Aguero failed to convert a penalty in the first game and after two games Aguero’s Manchester City was eliminated from the Champions League (the odds on Tottenham to advance were near +400).

The Canadian’s next victim used to play for Borussia Dortmund, yet now plays for Arsenal. Pierre-Emerick Aubameyang decided to post a photo on his social media with Drake, after which Arsenal lost to Everton. From England, Drake traveled to the French capital and took a photo with Layvin Kurzawa.

PSG played a game a few days later which could have seen them claim the championship, only to suffer the biggest defeat of the season to Lille 5-1. The team still won the league, but not before another surprising loss to Nantes. The team also managed to lose in the French Cup final but ended up losing to Rennes.

The Canadian rapper has also been featured around combat sports. One of the main UFC fights in 2018 took place between Khabib Nurmagomedov and Conor McGregor. Drake did not miss the opportunity to attend this event and to add another photo to his Instagram. The victim was the Irishman who lost the fight. (it is worth noting that Conor was already the underdog in this fight).

Anthony Joshua attempted to break the Drake curse by boldly posting a photo with him on his social network account. We all know what happened next. One of the most high-profile defeats in boxing history and the loss of all belts. Mexican fighter Andy Ruiz knocked out Joshua when the odds of such an outcome were at +700.

Drake, as a Toronto native, supports the local teams. The Toronto Maple Leafs were the first to suffer in 2019, after being knocked out of the playoffs in the first-round by Boston. Drake also has a special love for basketball and the Toronto Raptors with the rapper making a statement of his desire to buy the team in the future.

The dramatic ending of last season’s NBA Finals was the exception of the Drake curse. After four games, Toronto led the series against Golden State 3-1. The team lost the fifth game after leading by three with 84 seconds left. When the sixth game took place in California, it looked like the Raptors would again fail. However Kawhi Leonard and company were able to break the trend, and present the question if other athletes are now safe.

A Chart Looking at the Drake Curse:

Sportsbooks do not generally react to these things and maybe there is no curse. Perhaps this is all an accident or coincidence. However, if you find a fresh photo of Drake with any athlete, is it better to avoid this team, I mean why take the additional risks?