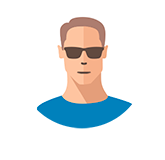 Since November 2016 this handicapper has made more than 2000 predictions and had a profit of more than 500% with an ROI of more than 11%. He is known on the internet under the nickname bados.

Sportsbook ratings
User
rating
Which sportsbooks our users chose
Rating list. Rating by odds
Current ranking of the best sportsbook betting odds in America
Rating
by lines
Comparing online sportsbooks in the USA by the number of bets offered
Rating
on Live Betting
Comparing sportsbooks on the live betting sections and by the number of games available
eSports
Rating bookmakers by esports betting on CS:GO, Dota 2 and other games
Ratings: Sportsbooks
with bonuses
The best welcome bonuses for new customers
Sportsbooks
on the go
Bookmakers with adapted versions for mobile devices
Rating list. Licensed sportsbooks br
need text
Blogs
There’s nothing here yet
Comments
There’s nothing here yet
Handicaper