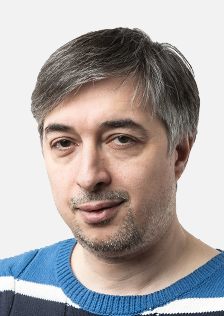 Ex-expert of the intellectual club 'What? Where? When?', winner of the "Crystal Owl", candidate of historical sciences and sports columnist.

Ex-expert of the popular European show 'What? Where? When?"' who has dedicated 20 years of his life to this intellectual game. Winner of the "Crystal owl", which is the main prize from the show. He is called the most striking and even the most scandalous player of 'What? Where? When?', as he repeatedly found himself in verbal scuffles and for some time even had the nickname Captain Hysteria. Rovshan also has experience in sports journalism behind him, where even before 'What? Where? When?' he was a columnist for the newspaper "Sport-Express", worked as a correspondent at the Olympic games, commented on competitions in cross-country skiing and ski jumping.

Contacts
Sportsbook ratings
User
rating
Which sportsbooks our users chose
Rating list. Rating by odds
Current ranking of the best sportsbook betting odds in America
Rating
by lines
Comparing online sportsbooks in the USA by the number of bets offered
Rating
on Live Betting
Comparing sportsbooks on the live betting sections and by the number of games available
eSports
Rating bookmakers by esports betting on CS:GO, Dota 2 and other games
Ratings: Sportsbooks
with bonuses
The best welcome bonuses for new customers
Sportsbooks
on the go
Bookmakers with adapted versions for mobile devices
Rating list. Licensed sportsbooks br
need text
Blogs
There’s nothing here yet
Comments
There’s nothing here yet
Expert

Ex-expert of the intellectual club 'What? Where? When?', winner of the "Crystal Owl", candidate of historical sciences and sports columnist.
Sponsored