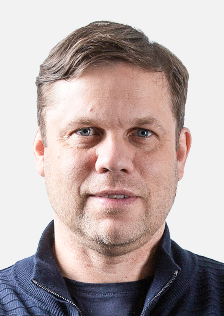 The manger of the team 'FC Zenit 2', ex-footballer who played in both the Russian Premier League and Spain's La Liga, played for the Russian National Team in the 1996 Euros.

Ex-footballer and the manager of the club "FC Zenit 2". Throughout his playing career he played for CSKA Moscow, Real Zaragoza, Zenit as well as the Russian National Team. He played for the Spanish club Real Zaragoza, was champion of the Bulgarian league and champion of the Russian Premier League in 2007 with Zenit. As a person who is well versed in both Russian and Spanish soccer, Legalbet will share his predictions mostly from games in these two countries.

About you
Contacts
Sportsbook ratings
User
rating
Which sportsbooks our users chose
Rating list. Rating by odds
Current ranking of the best sportsbook betting odds in America
Rating
by lines
Comparing online sportsbooks in the USA by the number of bets offered
Rating
on Live Betting
Comparing sportsbooks on the live betting sections and by the number of games available
eSports
Rating bookmakers by esports betting on CS:GO, Dota 2 and other games
Ratings: Sportsbooks
with bonuses
The best welcome bonuses for new customers
Sportsbooks
on the go
Bookmakers with adapted versions for mobile devices
Rating list. Licensed sportsbooks br
need text
Blogs
There’s nothing here yet
Comments
There’s nothing here yet
Expert

The manger of the team 'FC Zenit 2', ex-footballer who played in both the Russian Premier League and Spain's La Liga, played for the Russian National Team in the 1996 Euros.
Sponsored