Though we are not sure exactly when the 2021 NHL season will start, sportsbooks have already laid down some important betting lines for this upcoming season. The NHL is predicted to begin its next campaign sometime in January, with the Stanley Cup Playoffs concluding in early July.

Ideas of having the season contain 52 or 56 games are currently being discussed, though nothing is official as of now. However, the basic information that we do now is enough to get the betting started. With all 31 teams competing, we look at the sportsbook odds on the long -term winners in 2021.

Sportsbooks in the United States have a new favorite going into this upcoming NHL season, the Colorado Avalanche. Led by one of the game’s most electrifying players, sportsbooks have a good feeling that 25-year-old Nathan MacKinnon can lead the team to its first Stanley Cup since 2001.

The team has been steadily improving over the past few recent years and finished second in the Central Division in last year’s campaign. This marked the team’s best finish in years after finishing in the middle and near the bottom the past five seasons.

Much of Colorado’s success can be attributed to the production from MacKinnon, who led the team with 93 points last season. However, the team is young and looks to have even bigger goals to attain in the future. Sportsbooks certainly believe that the time is now for the Avalanche.

Four of the team’s top five points leaders from last season are under 25 years old, including seven of the top ten. The core offensive unit is difficult to match, as MacKinnon, Gabriel Landeskog and Andre Burakovsky will all return to punish other teams in the Western Conference.

Offense is not the team’s only specialty, as Colorado also looks to be the making of a franchise defenseman in Cale Makar. The 2017 fourth overall pick had the best rookie season in the league, racking up 50 points and 38 assists on his way to the Calder Trophy and a selection to the NHL All-Star Team.

With Makar pairing up with Samuel Girard, Colorado will have one of the top defensive duos in the NHL this season. The Avs are not completely clear, as team’s like Vegas and St. Louis will give them trouble.

Still, it looks like a good bet, as the Avalanche will enter the season with a complete team, matured and ready to start winning. 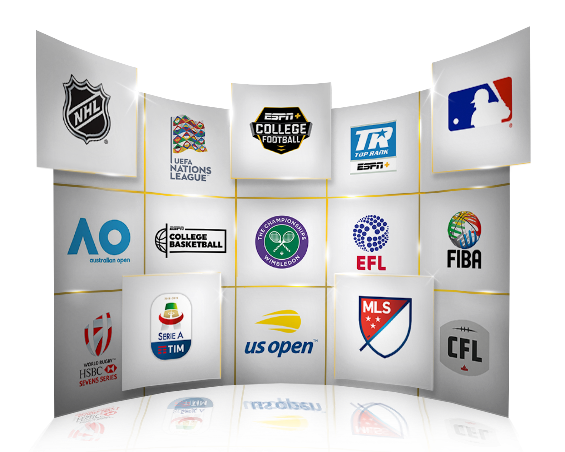 Both divisions in the Eastern Conference saw familiar faces at the top of the standings last season in Boston and Washington. The conference as a whole found NHL success with the Tampa Bay Lightning winning the Stanley Cup over Dallas.

We begin this year with no surprises, as sportsbooks have given the Florida team the best odds for winning the conference again this year.

Is there Even a Chance for New Jersey?

What to say about the New Jersey Devils? We are a long way from the early 2000s New Jersey teams which won the cup twice in three years. These recent years have not been too kind to the Devils, as the team finished last place in the Metropolitan Division last year.

The team has clinched a playoff position only once in the past five seasons, while finishing dead last three times in the same span. The expectations are unsurprisingly not very high entering this year, as sportsbooks have them as a longshot at +3500 to win the Eastern Conference.

While a turnaround from last to first may seem impossible, even we have a good feeling about New Jersey at least making an improvement over last season’s finish. This should be the easiest task this year, as last year’s team had a -41 goal differential, fourth worst in the entire league.

The team is currently in the middle of a rebuild, and we predict some of the changes in the last few seasons will begin paying off. The trade which sent Taylor Hall to the Arizona Coyotes back in 2019 may hold the keys to improvement for a Devils team struggling to produce anything.

Out of the prospects received for Hall, only 23-year-old Nicholas Merkley got on the ice for New Jersey. The winger had a goal and an assist in four games played, and it will be exciting to see what he can do with a full season.

Defenseman Kevin Bahl and forward Dawson Mercer are two more prospects received by the Devils through the trade.

Mercer in particular looks excellent currently playing for the Chicoutimi Sagueneens in Canada. He is doing excellent this year and looks to be a true superstar in the future. Bahl on the other hand is a massive defenseman who also looks promising.

Both of these players may need another year or so to get started for the team however.

For now, center Jack Hughes will look to expand on his solid rookie season. The offseason was somewhat promising. New Jersey acquired Corey Crawford from the Blackhawks, who will pair with Mackenzie Blackwood in what will be one of the NHL’s best duos.

Both Andreas Johnsson and Ryan Murray will also help the team improve.

While New Jersey may be a few seasons away from being a true contender for a Stanley Cup, the team will certainly improve this year. For those who like taking risks, betting on the team to at least make the playoffs could be fruitful.

Still in contention and looking for its first Stanley Cup just a few years after being created, the Vegas Golden Knights are right behind the Avalanche, with St. Louis coming in at third.

Is the Chicago Dynasty Truly Over?

After this year’s offseason, the core group from Chicago’s 2010’s dynasty are now down two. The team entered what appears to be a legitimate rebuilding period after starting goalie Corey Crawford is now with the New Jersey Devils.

Chicago will now be going into this season with three goalies, none of whom are proven in the NHL.

If that was not bad enough, Chicago also traded away Brandon Saad for the third time, and each time including this one the Blackhawks seemed to have gotten the worse end of the deal.

The team traded for defensemen Nikita Zadorov and Anton Lindholm. Zadorov himself looks to have potential, however no one can say this trade was massively to Chicago’s benefit.

Chicago will likely end up depending on the younger players a lot this season especially at the back. Duncan Kieth is 37 and Brent Seabrook is 35, so inexperienced or unproven players will need to quickly get acclimated.

The good news for Chicago is that they do have some good options. Connor Murphy was very dependable for the team last season and the 2018 first round draft pick Nicolas Beaudin looks to have great potential, and will likely see a lot more ice this season.

It's looking like we are going to see a repeat of last year, where the team scored and got scored on a lot. With three inexperienced goalies and no clear starter, the net will be an area of chaos for at least the first part of the season until one of them proves themselves a starter.

If none of them do, it will look to be a long season in Chicago.

Despite the absence of Brandon Saad, offense looks to be the one section of the team that is decidedly solid. Both Jonathan Toews and Patrick Kane will be leading the Hawks offense, which is full of exciting prospects.

At the top of the list are Kirby Dach, Dominik Kubalik and Alex DeBrincat. Kubalik was named as a finalist for the Calder Trophy last season after scoring 30 goals during the regular season. Dach was also impressive last season playing as the second line center.

With the three of them playing well along with Toews and Kane, they could make up for any defensive woes this season.

As far as rebuilding teams go, the Blackhawks have a pretty decent squad. Much of Chicago’s success this year will depend on how well the younger players step up and whether or not a bonafide starting goalie emerges.

If everything goes right, the team could certainly secure a playoff spot, however a lot of unknowns still remain when looking at this Chicago team.

The Hart Trophy recipients over the years are some of the most famous names in the league. Last year, Oilers center Leon Draisaitl took the award after being the only player in the NHL to break the 100 point mark, finishing the season with 110.

He beat out both superstars Nathan Mackinnon and Artemi Panarin to win the trophy. Sportsbooks are giving him good odds to do it again, however this year four players are listed with better chances to win the award, including both Mackinnon and Panarin.

We are starting the NHL season a month early this year, as we lay down our futures bets. This year, we are putting our faith in the hometown teams to win the whole thing, which means we are covering the team with the best odds to win it and the team with the worst odds, as well as a couple in between.

We found the best odds for NHL betting on William Hill Sportsbook, and placed futures bets on our four teams to win the 2021 Stanley Cup.