The teams from both the Western and Eastern Conferences who will appear in the 2020 MLS Cup Final have been decided. The championship game will be held on Saturday, December 12th at 6:00 PM. The game will be hosted at the MAPFRE Stadium in Columbus.

Home field advantage will go to Columbus, as the team finished the regular season with 41 points, which was higher than the 39 points by Seattle. Unsurprisingly, sportsbooks consider this to be the most evenly matched game of this year’s MLS Playoffs.

The home field factor may be the only perceived difference as Columbus grabs a narrow favorite status. 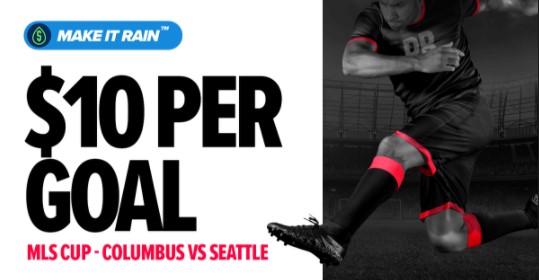 The Columbus Crew have had an excellent season which has only gotten better with every game the team has played in these playoffs. Much like throughout the season, Columbus has relied on its incredible defense to shut teams down and win.

Throughout the season, the Crew have been near impossible to score on. The team allowed the second fewest goals in the MLS, surrendering only 21 goals all season. Things did not change much once the MLS Playoffs came around.

The team has won three straight playoff games to put them in the MLS Cup Final. These included two shutouts in which Columbus’ defense proved superior to two other defensive-minded teams.

Offense has not been much of a problem for the team either. Midfielder Pedro Santos and forward Gyasi Zardes have been the go to guys for the Crew. The entire offense moves through Santos at times and he produces.

The Portugese midfielder has excelled this season, finishing with six goals and eight assists.

How Columbus Can Win this Game

The defense of Columbus has been nearly unbreakable. The team is coming off of two straight shutouts in the MLS Playoffs, and the defense should have immense confidence going into the game.

In this upcoming matchup however, Columbus will face an offense that it has not yet seen in the playoffs. The highest-scoring team it has faced was New York, who scored 29 goals this season. The Red Bulls also scored two on Columbus in the first game, which could be a big concern going into the game with Seattle.

This season has seen the Sounders score 44 goals, tied for third in the MLS. The team also has experienced forwards who know how to break down difficult defenses.

Columbus will need to come prepared both offensively and defensively. Both Santos and Zardes have each scored twice in these playoffs, and should be able to provide the team any offensive support that it needs.

Of main importance in this game will be to slow down the Seattle offense and to cut their possession of the ball down to a minimum. Columbus can absolutely control this game, but it needs to play at its own pace and try to keep it low scoring. A high-scoring scenario could be trouble for the Crew.

What more can we say about the super Sounders? One of the most successful MLS teams in the history of the league, the team has put in yet another excellent season. Seattle won last year’s MLS Cup and is looking to make it three in six seasons on Saturday.

The team has been more than solid on both offense and defense this season. Only the winners of the Supporters Shield Philadelphia had a better goal difference than Seattle’s 21. Simply put, Seattle has a stacked squad with a lot of players who are not only experienced in the MLS, but playing for the Sounders.

Two offensive players have scored at least ten goals this season for Seattle, which is rare for any MLS team. Raul Ruidiaz leads the team with 14 and has scored in two of the three MLS Playoff games Seattle has played.

The difference is how well the team plays together however. Forward Jordi Morris has ten goals and eight assists while midfielder Nicolás Lodeiro has seven goals and ten assists. Both have scored at least once in the playoffs.

The main takeaway is that at least three players on the field are a major scoring threat at any time. Seattle is going to test how good Columbus’ defense really is better than any other team could.

How Seattle Can Win this Game

As we have seen with the offensive abilities that Seattle has, the team can win this game in a number of different ways. The team’s offense is so stacked that Columbus will not be able to focus on just one individual player.

Just one goal against a Columbus team who is coming off of two straight shutouts would be completely demoralizing, and could cause the team to panic. Even better if the goal came early in the game. This should be Seattle’s main mission in the championship game.

Although Columbus is incredibly strong defensively, Seattle has faced a couple of formidable defenses already in these playoffs. They were able to break down both Dallas and Minnesota defensive sides that have performed well all season. The Crew will certainly be the toughest task to date however.

Seattle has the more experienced team, and should be able to manage how the game is played. The team will want to play a more open game against Columbus and avoid the play becoming stagnant. Finding that first goal will be key to how the rest of the game will be played.

This will truly be a special matchup, as we see one of the league’s best offenses go up against a defense that was near the top of the league and is currently performing well. When matchups like this occur, the defense team is usually prioritized especially in tournaments.

We tend to disagree in this particular matchup, even though both teams are very evenly balanced and the game could easily go either way. The main factor for us is the experience and motivation that Seattle will have going into this game. Seattle just won the MLS Cup last year and will stop at nothing to win it again this year.

The main heroes from that cup win are going to be back on the field this year, and that experience will most likely lead to a much more composed style of play.

The Sounders have the experience and motivation which will be the differences between the teams in this championship game.