(Update: The Masters 2020 has been rescheduled for November 12-15. This will be the last PGA Tour event of the golf season. It has been decided that no fans will be in attendance this year.)

Despite the rampant development of the coronavirus, the PGA tournament will hopefully soon be knocking on the door again, and everyone is curious as to who will take the trophy home in 2020.

The prestigious championship has currently been postponed but will almost certainly still take place at Augusta National in Georgia. It is vital to understand that the Masters remains one of the four Grand Slam tournaments that take place on the same course each year.

It is no wonder that the PGA tour represents the official start of the golf season. And why wouldn’t it be? It is, after all, the crown jewel of all golf tournaments. Bryson DeChambeau is currently the favorite across New Jersey sportsbooks for the tournament when it does take place, with a large gap between the second-place favorite Rory McIlroy.

The Masters at Augusta National

The first game of the tournament took place in 1934. Back then, the tournament had a smaller golf course, and players could not play without invitation. Currently, the U.S. Masters Tournament represents an official money-based event on the PGA Tour, Japan Golf Tour, and European Tour.

It is more than just exclusivity that sets Augusta apart from others; it is the natural beauty of the golf course that can overwhelm anyone.

Since the inception of the tournament, the Masters champion gets the legendary green jacket. The same jacket remains with jackets of other previous champions in a state-of-the-art designed cloakroom. Every hole is a “flower”, while holes 11 to 13 are the Amen Corner.

The winner of the previous Masters Tournament presents the trophy to the current champion at Hogan Bridge crossing at the top of Rae’s Creek. Contemporarily, Jack Nicklaus (the Golden Bear) has six Masters Championship titles to his name.

Tiger Woods has 5 wins under his belt. Arnold Palmer has the third most titles, with four. Sam Snead, Jimmy Demaret, Gary Player, Phil Mickelson, and Nick Faldo, on the other hand, have three titles to their names. 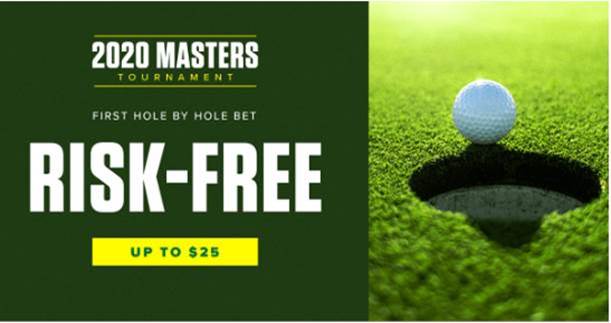 Each day on PointsBet, the first hole by hole bet on the Masters is risk free up to $25!

Some of the best golfers are set to come back for the 2020 Masters Tournament. However, all eyes are on last year’s winner, Tiger Woods. The current champion will take on the top golfers to win another Green Jacket.

From Jason Day, Jordan Spieth Dustin Johnson, Justin Thomas, Hideki Matsuyama to Rory McIlroy, the event is ready to become one of the most talked-about tournaments of 2020.

The good news is that golf fans can participate in small content and find out more details about the competition. In fact, some individuals walk away with more than $1 million in betting.

Once a date is set, don’t wait until the last 12 hours of the Master’s game. Surprisingly, this year, the free tickets might be scarcer than the previous one.

You can, however, enter the tournament now and decide your lineup. Your best golf lineup to place bets should be practical and revolve around statistical figures. However, there’s always an element of surprise that befuddles sportsbooks every year.

As of now, Tiger Woods needs +1400 to emerge victorious sixth time at the Masters Tournament at Unibet Sportsbook. Consequently, it would also tie the record of Jack Nicklaus. It is no secret that Tiger Woods views this arguably the most important tournament of the year.

Apart from Tiger Woods, Jordan Spieth and Dustin Johnson are also early favorites. Simultaneously, Rory McIlroy is another favorite that is close behind. For ten best betting odds, bookmakers should keep an eye on Justin Rose, Jon Rahm, Rickie Fowler, and Brooks Koepka.

When it comes to the 2020 betting market, you should make certain considerations before placing your bets. Well, historically, just three players have previously been able to retain their championship title (i.e., Nick Faldo, Tiger Woods, and Jack Nicklaus).

In addition, Augusta’s layout is more suitable for golfers who can curve right to left shots. It means right-handed golfers will have the edge over left-handed golfers. Additionally, big hitters can also benefit at Augusta because several Masters Winners score brilliantly on the par fives.

Contrary to misguided perception, betting on the Masters Tournament is more predictable than people think. Primarily, the history of the course plays a significant role when it comes to players’ strategies. Golfers, after all, want an all-around strong game.

When Will the PGA Tour Resume?

It might be presumptuous to predict that the Coronavirus might go down soon, but the remainder of the annual golf season in 2020 (more or less) will remain the same. Although there are many speculations online, there’s a good chance that the PGA tour will resume the season as per the original schedule.

It was determined that this year's Masters Tournament will take place from Thursday, November 12th through the 15th. It will consequently be the last PGA event of the year.