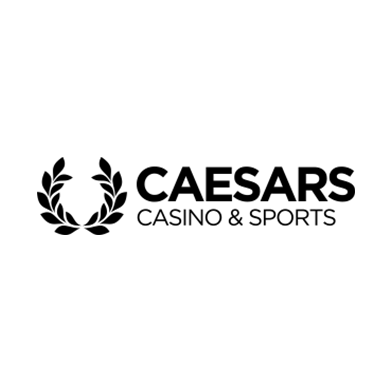 While browsing bets and markets on Caesars Sportsbook, we found average margin percentages for games in all of the top sports and leagues. Using this percentage, we have determined the average amount of each bet that Caesars will keep for themselves.

Here we found margins from the premier tournament, the Champions League as well as other top leagues within the site. The total margin average for soccer was at 4.85. This puts Caesars at the very top of the good category.

Caesars Sportsbook features the NHL only in its hockey section. From the different games in this league we found average margins of 3.1. The markets used were the result plus the over/under on the total number of goals scored.

Other Competitions for Betting

There is not an overwhelming number of sports to choose from on Caesars. You will not find anything too out of the ordinary either. However, if you are looking to bet strictly on American sports, then you will be satisfied.

The current total number of sports available is 11, with all except rugby being popular US sports.

The main sports such as football, basketball, baseball and hockey are all there. UFC and NASCAR can also be found under the MMA and Motor Racing sections.

Boxing matches, golf tournaments and Rugby are listed. Rounding out the selection are the popular worldwide sports tennis and soccer. A good selection of sports but nothing that you cannot find at any other sportsbook.

The odds and markets will be important for Caesars to stay competitive despite its well-known name. You can look at all of the sports listed on the site under the A-Z Sports tab at the top. The sports will then appear on the left side of the screen.

Upon clicking on an individual sport you can see all of the upcoming games, which you can sort by the day.

The nation’s biggest sport is now back in full swing. This means that there are an unlimited number of markets set to be available for each game for players to bet on.

Unfortunately, on Caesars’ sportsbook, there are actually very few markets available for football. This is sadly a quite common theme throughout with very few markets being offered on most sports and events.

This is true here for both the NFL and the NCAA. On upcoming NFL games you can only find bets on the money line and one option for the win with a handicap. Thats it. Two options for the most popular league in the country.

For the NCAA it is even worse, only one market on the money line exists. We are assuming that more markets will eventually be added to Caesars but have been told none are to come in the near future.

When it comes to basketball, the options get a little better in regards to the tournaments at least. The reason it is s=only slightly better is because the options here when compared to other sportsbooks are not exactly stunning.

For a single game in the FIBA World Cup, you can find around six markets. There are bets available on the money line, handicap and totals bets on the final score. Here, in addition to the main bets, you can make bets on total points for some of the players.

These markets will have numbers specific to the player and his perceived ability. There are also futures bets for both the FIBA World Cup as well as the NBA, WNBA and NCAA. For the NBA you can bet on the total number of wins each team will have for the season.

Caesars has the perfect lineup for an American bettor who does not need unnecessary leagues getting in the way. Many New Jersey sportsbooks are well prepared for soccer having an abundance of different leagues and tournaments to choose from.

Caesars falls quite a bit below expectations when looking at some other sites. For its sportsbook, the main leagues (Ligue 1, Serie A, Bundesliga, La Liga Premier League) are listed for betting. The top five leagues as well as the United States (MLS) and Mexico (Liga MX) are also on the line.

Unfortunately, there are only one or two markets available for season games in both these leagues. And even worse yet, for the top five leagues the same number of markets exist. For most of the games only a bet on the money line and the total goals are offered.

There are still a couple of tournaments as well on the soccer bill but as we have come to expect from Caesars, the markets are nearly bare. For the 2020 Euros, you have the opportunity to bet on who will win the championship outright. The same choice is available for the Champions League as well.

Caesars’ sportsbook seems to be full of interesting features to say the least. The live betting section is one of them. The actual section header for live betting is In-Play bets. When there is a game being played, you can go to this section to find all of the wagers available for this matchup.

And that is really about all that you can do. Instead of finding a section with all of the tools to help the player make bets during the game like you would expect, there is nothing but the wagers available.

It is hard to understand from a playing standpoint why Caesars has decided to add this section in the first place. On other sportsbooks with live sections, they will usually feature live scoreboards, extra statistics, match trackers and more.

It is rare to find actual live streams on an online sportsbook, but some of the match trackers on the sites come very close to providing the real thing. There is certainly a lot of room for improvement in this department from Caesars, among other things.

However, as of now, it is certainly not recommended to use this site for live betting.

All sportsbooks
Review rating: 0 / 5
Rate:
Add a review Leave a comment
Unfortunately, most people only write reviews when they are dissatisfied, and when they are satisfied with everything, they are silent. We ask you to also fill in the «Good» field so that your feedback remains as objective as possible. We are sure that you will be able to specify both pros and cons of the sportsbook Caesars.
Comments